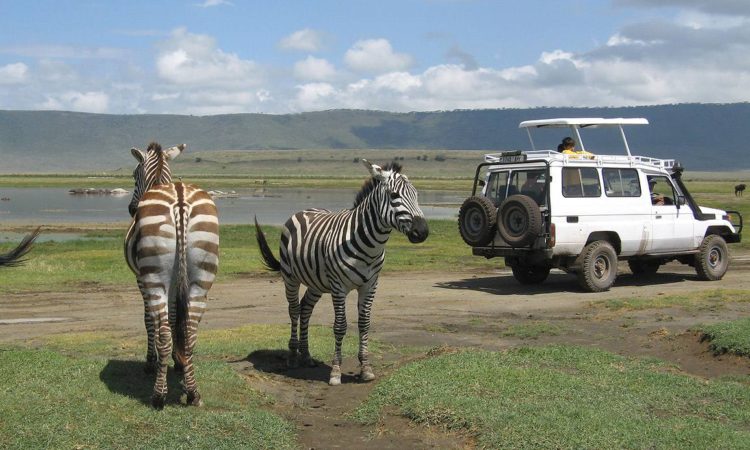 Some cultures like the Maasai culture have its unique features like dressing style, jumping to the high level which attracts tourists to go and see them and learn the culture by visiting the Maasai village.

Ngorongoro conservation area is covered by diverse species of animals which attract tourists and the game drive activity gives them a wide chance of viewing animals while in their vehicles.

Walking around the crater rim is encouraged but should be guided by guides as on the walk one can come across dangerous creatures but guides know ways of being free from them, sometimes the walk can either be organized by NCAA (Ngorongoro Conservation Area Authority) headquarters or your particular lodge. Recommended walking routes are around the crate lake called crater rim walk done from Olmoti crater to Empakaai highlands, the north of the forest reserve and down to the rift valley.

The presence of the beautiful and attractive birds like Flamingos found in the crater lake, Ostrich and Kori bustards attracts tourists, especially for bird lovers.

This is the crater lake formed due to volcanic eruption which occurred three million years back, the collapse of the molten magma led to the formation of a crater with 320kilometers, 610deep, 2000feet above the see level and the altitude of 2300/2800. The crater lake is also used as a breeding place for flamingos as they feed on planktons, where these are microscopic organisms of plants and animals grow live in shallow water surface, mud and saline lakes.

Oldupai Gorge is the famous site in Ngorongoro Conservation Area mostly visited by tourists, and it is mostly known by the imprints of the Australopithecus creatures found around 1.2 – 1.4 meters high in Ngarus area (Laetoli).

Human footprints preserved in Ngarus area for more than 3.6million years presents the signs of the early mankind sustained in the world.

These are bomas where culture of different tribes can be presented mainly Maasai culture and Hadzabe. In these sites there are entrance fees paid and they wort it.

In Ngorongoro Conservation area there are large number of flora and fauna species which attracts visitors and make the area seen attractive. Some of the animals are black rhinos, Elephants and buffalos. Also, leopard and rhinos though its rare to see rhinos because they are very few.

Adults from 15years and above 71$ per person per day

Children from 5years to 14 years 24$ per person per day

Adults from 15years and above 71$ per person per night

Children from 5years to 14 years 12$ per person per night

Adults from 15years and above 59$ per person per night

Children from 5years to 14 years 12$ per person per night

Crater service 295$ per entry per car